Retaining walls – Neighbours and the Law 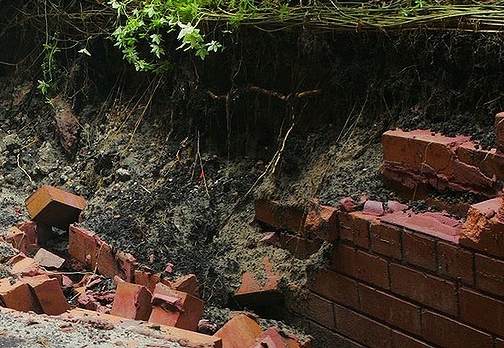 A retaining wall is a structure that supports excavated or filled earth on a property. Retaining wallsThe construction of a retaining wall will often require a Development Application. Check with your local council.

Since 2008, under amendments to the Dividing Fences Act 1991, section 3, an adjoining owner can seek a contribution for the carrying out of work to a retaining wall where the wall is necessary for the support and maintenance of a dividing fence.

In NSW, land has a right of support. Formerly the law of nuisance applied to the act of tampering with your land in a way that removes its support to other land. However, the law of negligence now applies.

Under the Conveyancing Act 1919, section 177, a person has a duty of care not to do anything on or in relation to land that removes the support to any other land. This includes tampering with the soil surface, the subsoil, any part that is reclaimed land and even the water beneath.

This section allows a person to bring an action in negligence, that is, a breach of duty of care, for damage caused by the removal of any natural support or structure that has replaced that natural support. It includes activity that:

An express agreement between the parties can reduce or exclude the duty of care. If the agreement is formulated and registered as an easement for removal of support relating to that land, it can be binding on subsequent owners of the affected land.

Pile walls were constructed along the boundary to give lateral support to the adjoining land and foundations of Mr and Mrs Nemeth’s home while excavation work was being carried out. However one of the piles was found to be defective and was not remedied during the excavation. As work continued, subsidence occurred, resulting in severe cracking and damage to the Nemeth’s historic eight-bedroom home.

An action for damages was brought in the Supreme Court under section 177 of the Conveyancing Act 1919. The defendants argued that the cause of the subsidence was their failure to fill a hole in the defective pile and that as section 177 applies only to the committing of an act and not to omitting to act, they are not liable.

The court did not accept this and held that the cause of the subsidence was the further excavation work done after the defective pile was discovered. This definitely comes within section 177 and the Nemeths were awarded substantial damages. The defendants were also found to have breached their statutory duty to comply with the Environmental Planning and Assessment Regulations by not carrying out the development in accordance with the development consent.

Unfortunately, for a variety of reasons, it took almost ten years from the date of the damage for a result to be delivered in this case by the Supreme Court. At last look, the case is still being appealed on other related issues to the NSW Court of Appeal.