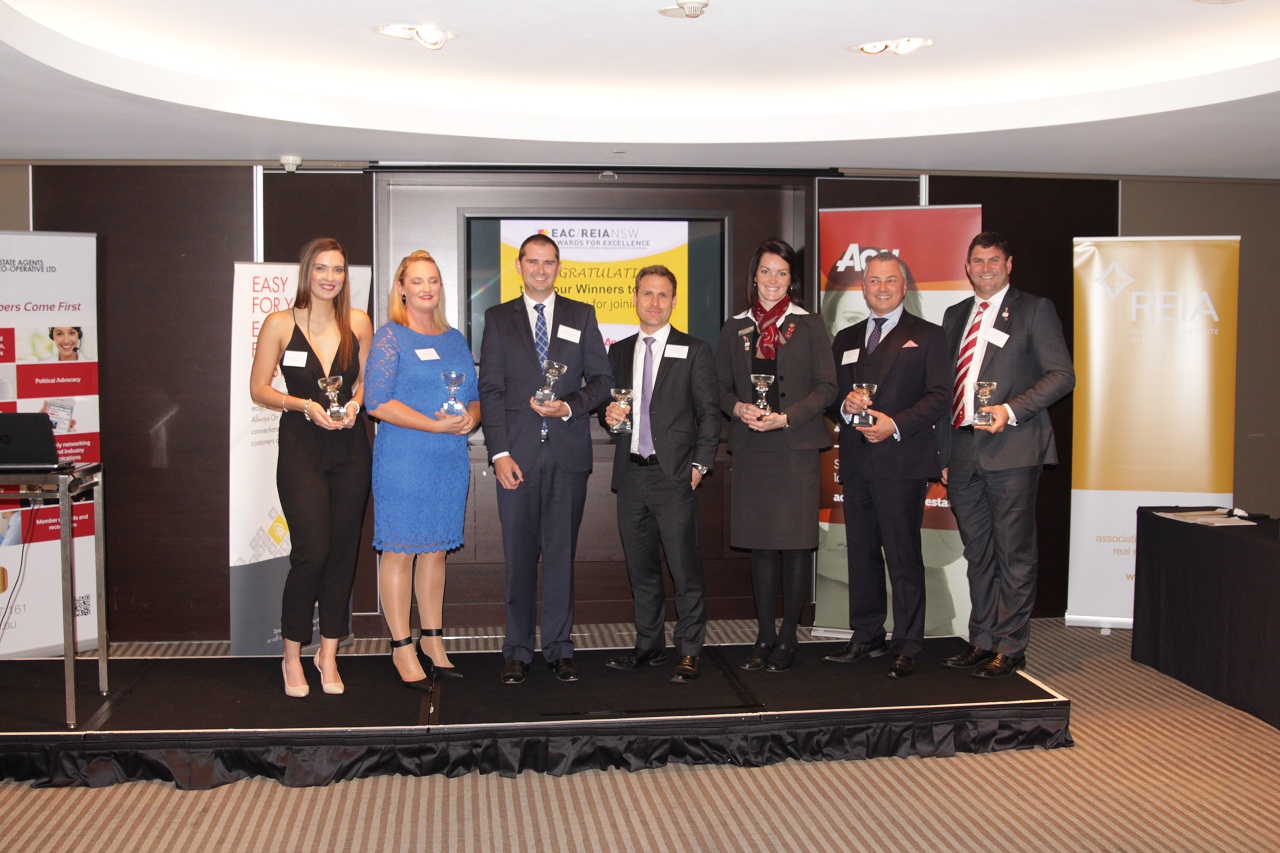 EAC/REIA NSW Awards for Excellence, today announced its 2015 Winners.  Embodying excellence and professionalism in the real estate industry, the honorees were celebrated during the awards ceremony on 27th of October at the Sofitel Wentworth, Sydney.

The awards saw applicants compete for a total of 12 awards covering all aspects of the real estate profession from innovation to corporate support, culminating in the highly contested award for the best small and large residential agency.

NSW Fair Trading Commissioner, Rod Stowe, and Assistant Commissioner, Andrew Gavrielatos, were on hand to present a number of awards and to recognise the professionalism of the NSW real estate industry.

The Awards for Excellence allowed nominations from the industry, through NSW Affiliate Council Members of the REIA including Estate Agents Co-operative, LJ Hooker, Professionals Real Estate and First National with winners being selected by a panel of industry experts who judged each submission.

The 2015 Awards for Excellence were presented to:

“All of the award winners have displayed a level of skill, ingenuity, and professionalism, that is second to none and we look forward to supporting all of them in their quest for recognition at the National Awards for Excellence in 2016,” said David Crombie, CEO of EAC.  “We would especially like to acknowledge John Moufarrege (First National Iskander),  Benjamin Mulae (First National Gladesville Hunters Hill & Ryde), and the teams from Wiseberry Heritage, Charmhaven and Wyong and LJ Hooker Cessnock and Kurri Kurri, all of whom at back-to-back award winners.”

“These awards, in recognising the hard work and effort by individuals in achieving the best results for their clients encourage and promote excellence and best practice in the real estate profession”, said Mr Neville Sanders, President of the REIA.

EAC/REIA NSW Awards for Excellence 2015 would not be possible without the contribution of event sponsors Direct Connect, AON, and iVisual.