Mr Dale Whittaker, Chairman of Estate Agents Co-operative Ltd, today announced the appointment of Ms Lois Buckett and Mr Bruce Styles as Directors of EAC.  Their appointment will commence as of 28 October, 2015.

The appointments confirm EAC’s commitment to including directors who bring value to the Board and provide dedicated representation of their areas. The EAC Board of Directors is very pleased with the nomination of Ms Buckett and Mr Styles and warmly welcomes them to the Board.

“The Board is looking forward to working with the new Directors, who we are sure will invigorate our team with new ideas to continue shaping EAC for a prosperous future,” said Mr Whittaker 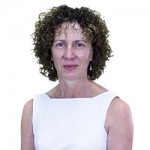 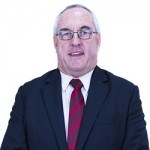 Ms Buckett has been a real estate agent for more than 25 years and is the principal and licensee of Lois Buckett Real Estate, a boutique style agency, in Lennox Head.

Mr Styles comes from a farming and contracting background that aids him as a Rural & Lifestyle Property Specialist.  Mr Styles has been a real estate agent for 25 years and has been the Principal and Licensee of Styles Real Estate Maitland for 9 years.

“The Board is very sad to acknowledge the retirement of Peter as a Director.  Peter has been on the Board for 18 years and it has been my pleasure to work with him during that time,” said Mr Whittaker.

New Vice Chairman, Mr Anthony Chapman, has been an active member of the Co-operative for many years and has represented the interests of Members on the board since 2012.

“I am sure all Members will join me in thanking Peter for his efforts as a Director and as Vice Chairman of our Co-operative, and congratulating Anthony on his appointment as Vice Chairman,” said Mr Whittaker.

EAC would also like to thank Mr Walter Herrmann (W Herrmann Real Estate Rockdale) for his service to the Co-operative as a director on the board.  Walter has also decided to retire his position as a Director.  Walter has worked tirelessly on the Board for 17 years, during which time he held the position of Vice Chairman from 2002 until 2009.

The Board of Directors of the Estate Agents Co-operative Ltd is comprised of:

The Board of EAC is responsible for all matters pertaining to the running of the Co-operative and the achievement of EAC’s vision.

The EAC vision is to be a high profile real estate co-operative that provides its members with products and services that assist them in enhancing their market share and profitability.