Why do some real estate agents break the law? 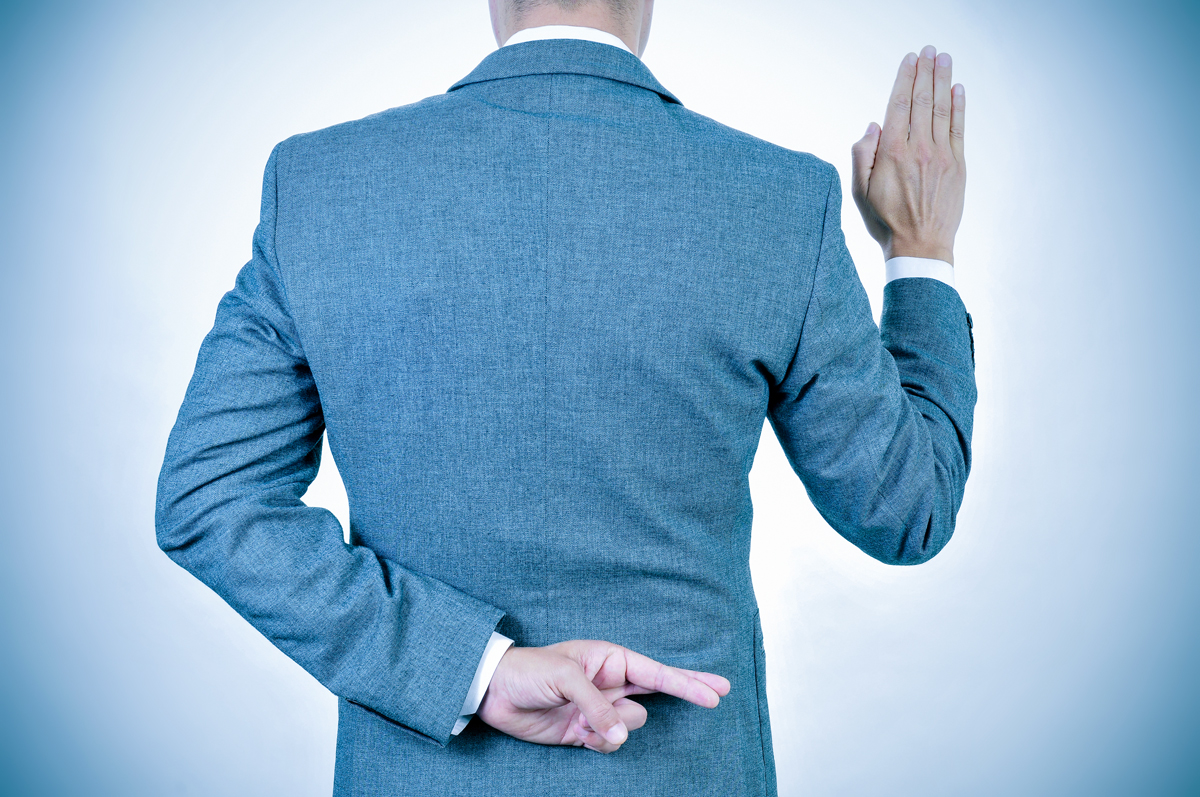 In late 2018, luxury property agent, Nicolette van Wijngaarden, was charged with 15 fraud offences. Rather than this causing outrage, it was largely greeted by the media as just another story about another agent who broke the law.

But why did an agent who has clients like Collette Dinnigan, who was successful, reputable and listing properties of the rich and famous, upend her entire life for $3.5 million dollars? What motivates a decision like that?

While some would be quick to say greed or pure opportunism were at the heart of her choices, and they might be right, the same answer does not necessarily apply to every offence.

In this, the first of my CEO discussion series, I want to know why? Why do some agents break the law, and why — despite the portion of ‘bad apples’ actually being quite small — does this have such a far-reaching effect on the reputation of our entire industry?

The discussion so far…

Trying to stop legal offences in real estate is by no means a new discussion. A simple search on Google shows pages of stories, especially last year, within which various governing and advocacy bodies fiercely debated the topic.

The debate often centres on the role the law and education play in preventing and deterring agent offences. While these factors certainly may influence decisions, the debate doesn’t often consider how the pressures on our agents and the culture of our industry may also play a role.

As well as continuing the discussion relating to regulation, governance and the law, it’s important we broaden the scope, and welcome everyday agents, like you, to really contribute, help define the problems or motivations, and identify the best solutions.

Is inadequate education to blame for real estate agent offences?

Some have made the argument that becoming an agent is just too easy; that entering into a position where you can sell takes only a few days of education, which is just not long or comprehensive enough.

When we consider that, as children, it isn’t just our formal education, but the people we encounter and the experiences we have, that help us form our moral compass, it stands to reason similar can be true in the infancy of our careers.

Mentorship is so important to any new agent, but more important, is getting the right mentor.

A mentor who cuts corners, whether intentionally or not, may not know the influence they have on the moral and practical growth of a new agent who is learning from them.

Building on that idea, if most people within an agency have that approach — that is, cutting corners becomes part of the culture — a new agent may develop a twisted sense of the what is acceptable.

The culture of the industry itself can also influence the direction of an agent.

There’s no denying we belong to a competitive industry, where even pleasant people sometimes have to fight to get ahead, especially when listings become scarce.

Rivalry and competition shouldn’t be an issue, but if you look at the most aggressively competitive industries — the legal field, banking, journalism, even medicine — their reputations have been marred, either momentarily or like real estate, more long-term, by those few who have done the wrong thing for some sort of personal gain.

So, while education certainly may play a part in agents not understanding the law, could our experiences post-education actually be what separates us?

Could strong mentorship or internship programs, underpinned not just by technical-skills-learning but values and ethics, be what really makes the difference in improving the industry reputation?

Are we recruiting the right people?

Diving further into the industry, part of the challenge may be embedded in our recruitment culture.

The real estate industry has a reputation for employing assertive, type A personalities. And while these personalities are suited to sales, to competition and to interacting with people, a lack of diversity to provide balance and a check for ambition isn’t healthy for any industry.

Could a focus on greater diversity in recruitment — more people with different personalities, skills and levels of emotional intelligence — have a big impact on the culture and the rate of offence in real estate?

Is the law harsh enough?

I’m sure, like me, you’ve seen the news stories about footballers who get into trouble, or tennis players who backchat a referee, only to be fined such a small portion of their earnings that it surely couldn’t be a deterrent.

Do you think the same can be said of real estate? Is the punishment enough to deter people from committing offences? Based on the fact some still do it, the answer may not be an easy no!

But perhaps it’s not that simple. First, we need to ask, do all agents know the law well enough to start with, and do they understand the magnitude of penalties on face value?

Speaking to the first point, while legislation has struggled to keep up with technology, there have been no shortage of legislative updates, with several crucial changes made in just the last few years alone.

It is an agent’s job to keep up with the changes and to facilitate sales and rentals in accordance with the law, but with CPD points training really only occurring once a year, and daily demands so intense, missing an update is a very real possibility.

Even if agents do keep up with the changes, can they immediately reconcile the scale of penalty at a glance?

If you read the Act, you will find penalties for different offences listed not in dollar values, but as penalty unit amounts. It’s done this way to help manage inflation — a simple increase to the penalty unit, increases most fines across the board in NSW with minimal administration.

In preparation for this discussion, we did an ask around, and while the agents we spoke with had an idea of how many penalty units apply to a certain offence, most didn’t know the value of a single penalty unit or, in turn, the dollar value of penalties for an offence.

So, is it the case that harsher penalties are needed, or should penalties just be more clearly communicated so agents better understand the real price tag of doing the wrong thing?

Do fear and failure drive offences?

Making emotional decisions or decisions under pressure, is not always ideal. In fact, it can be reckless and can lead us to do things we might not do under other circumstances.

While some people who break the law do so because they might be greedy or opportunistic, others may do it because they feel a level of pressure they don’t know how to deal with.

Real estate is a game of pressure. Agents put pressure on themselves, and they get it from people around them, at work and at home.

So consider a situation where an agent, who has enjoyed a hot market and faster sales over recent years, suddenly can’t seem to win a listing.

Unexpectedly, properties that sold in weeks are now taking months, commissions are smaller and more work is required to achieve each sale.

An agent may not earn a commission for a month, or even several months.

And like other people, agents have mortgages of their own, they own cars they are paying off, they have school fees to cover, mouths to feed and electricity to keep connected.

They also have managers — who rely on income from each agent to pay overheads in the business and meet the wage demands of their entire team.

This is the kind of pressure that can cause poorly-considered decisions. And when it’s paired with potentially having access to a lot of money quickly, or the ease at which a slight understatement about price can build more interest, the option to relieve some of that stress, even for a little while, might seem so tempting. Never underestimate the power of despair and desperation.

The interesting thing about real estate, especially compared to other high-pressure jobs, is there is little mental health content ingrained in our education and ongoing training.

How can we fix our reputation?

In 2017, Roy Morgan reported, after several years, Australian real estate agents remain in the bottom three for highly regarded professions, with a decreasing score for trust and honesty. This continued poor performance tells us one important thing: we have work to do.

And while we might think it’s the job of someone else to improve the reputation of our industry — the law makers, educators, government, those who actually do the wrong thing — this brush tars all real estate agents, putting the burden equally on all of us to find solutions that really work.

This all starts with really defining the problem, working out what — even if there are many reasons — motivates agents to bend or break the law.

It all starts with asking why!

Through my own review of the question, I can see education, penalties and the law, culture and mentorship are all pieces of this puzzle, and must all be considered and addressed in order to build real solutions.

But what I also see is we need to look beyond the obvious. We need to employ emotional intelligence, and we need to work to better understand each other and how the pressure and stresses of our industry can affect us and our behaviour.

I’d like to see more and better training in emotional intelligence, more focus on mental health in the good and bad times, structured mentorship, more focus on culture and on service over sales, and more clear communication of laws and penalties.