Leadership: is it ok for your staff to be your friends? [Management Series] 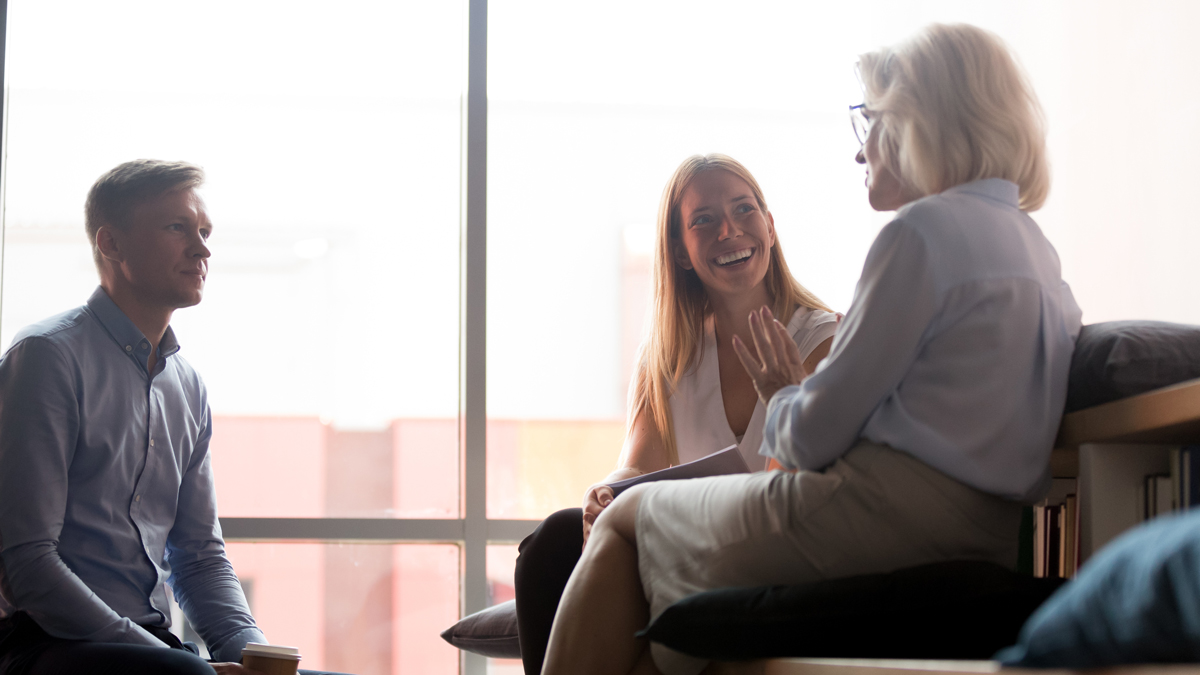 At EAC, we know in any real estate office, as in any business, your biggest asset is your people.

And while you might get along well, like the same things or share the same sense of humour, your people are employed to play their specific part in keeping your well-oiled machine of an office running.

In this Management Series article, we look at the challenges you may face as a manager when you cross the line between colleague and friend.

Real estate is an interesting industry, in that, while there are large offices in urban locations that have hundreds of employees, most offices are actually small or medium businesses.

Many agencies include family connections, and draw employees from relatively small communities where most people know most people, and your reputation precedes you.

In situations like this, it can be impossible not to either hire an existing friend, or become friends with a new employee when you realise you run in the same social circles outside of work.

Likewise, you may find yourself instigating an overlap in social circles because you realise you have interests in common, understand each other’s work hours and availability, or simply just enjoy each other’s company.

But can managers and their reports be friends?

The most obvious answer to this question is ‘yes’, of course they can.

Whether or not they should be friends is a completely different question!

If you are finding yourself becoming friendly with colleagues who are your reports or, perhaps as a manager, you are feeling isolated so want to strike up some friendships, consider some of the situations below and how you might approach them before sending out invitations to your next party.

Honestly ask yourself the question: am I capable of doing what I need to do if similar situations arise?

One of the main differences between being friends and being colleagues with someone, obviously, is in the first case, your relationship is social, in the second, it is built initially on a work connection.

At work — especially in a demanding role like those in real estate — you are there to do your job.

Of course, in a good and cohesive workplace (and especially a small one) you will know what is happening in other people’s lives. But there is a limit to how much a colleague knows, how involved they are and the kind of support they are expected to offer.

As a case study, consider a manager we spoke to recently, whose staff member (and friend) was considering divorcing their spouse. The manager clearly wanted to support their friend, but found that the agent would regularly come to their office, upset or unhappy, and sometimes spend in excess of two hours working through their issues.

The manager in this case, was middle management, and answered to someone above them. When they were asked why their own productivity had suffered and they explained the reason, it became clear their friendship was affecting their work.

In this situation, while it was reasonable for the employee to tell their manager about their personal issue, the seeking of counsel and advice from their friend should have occurred after hours. And usually it would, but the agent had access to their friend all day long, and the line became blurred.

As a manager and friend, how would you walk this fine line and ensure your friendship doesn’t affect your work, but you can still be a supporting shoulder to cry on?

While most of us would like to think we can walk that personal and professional tightrope, when it comes to disciplining a colleague and friend, it’s difficult not to feel a little unsteady.

Let’s look at a case of an agent who contacted us recently. As the licensee-in-charge of his agency, he had noticed some of his staff were starting to get a little relaxed during the downturn, and coming in late — not due to phone calls or professional appointments they had elsewhere.

After speaking generally with all staff several times, the behaviour didn’t change. While it is clear morale may have been an issue here, when the manager decided the best course of action was to discipline his team, it should have been applied equally to all.

In reality, the manager decided to formalise his issue with the offenders in writing, but when it came to his friend, that agent worked to persuade him to let it go. His friend promised it wouldn’t happen again, despite his disregard for previous warnings.

Feeling uncomfortable, the manager let it go for this one staff member only. While other staff members didn’t learn of the disparity, his different treatment of his friend made him realise the relationship could compromise his own values and fairness in the office.

As a manager, would you be able to discipline a friend the same way you would any other colleague?

How do you pick sides in an office conflict?

One of the greatest challenges for any manager is dealing with conflict between two of more employees, but working through issues is made so much more difficult if one of the people involved is also a friend.

Take the situation of one of our members. In their office, an agent had listed a property, marketed it for several months and had little action. While that agent went on leave for stress, a colleague took on the extra workload, and contacted some of his own database, eventually showing someone the first agent’s listing and selling it.

When the listing agent returned to work, he learned of the pending sale, and despite the normal office policy, insisted he should not have to share commission with the agent who sold the property because he was on stress leave.

In this case, the manager would usually have insisted on adherence to office policy but because of his friend’s stress levels and awareness of his situation at home, he suggested a compromise that, although giving some remuneration to the selling agent, did not strictly align with past practices.

Unlike the previous two cases, this show of bias was clearly obvious to all other staff and resulted in ongoing cultural problems in the office.

Could you apply a policy that they vocally and angrily disagreed with? What if it meant your friendship was on the line?

The trouble with asking the question, ‘can I have a relationship with a colleague outside of work?’ — is it implies we have the ability to completely separate ‘outside of work’ from ‘inside work’.

It suggests we can stop being friends and start being colleagues the minute we walk in the office door.

Unfortunately, this is not always a reality, as seen in these three cases.

As humans we are often empathetic and loyal beings, so if we know we can help a friend out, especially if we are aware they are struggling in some way, it takes a strong sense of discipline and professionalism to separate ourselves from that inclination and act as a manager would usually act where no bias exists.

Being friends (not just associates which is totally normal!) with a report is absolutely possible, but it’s important you think about how this may affect your work and your ability to manage when difficult situations present themselves, before opening yourself up to socialising with colleagues.

colleagues who are friendsmanaging conflict in the workplacereal estate manager