The year in review: EAC, the market, the industry 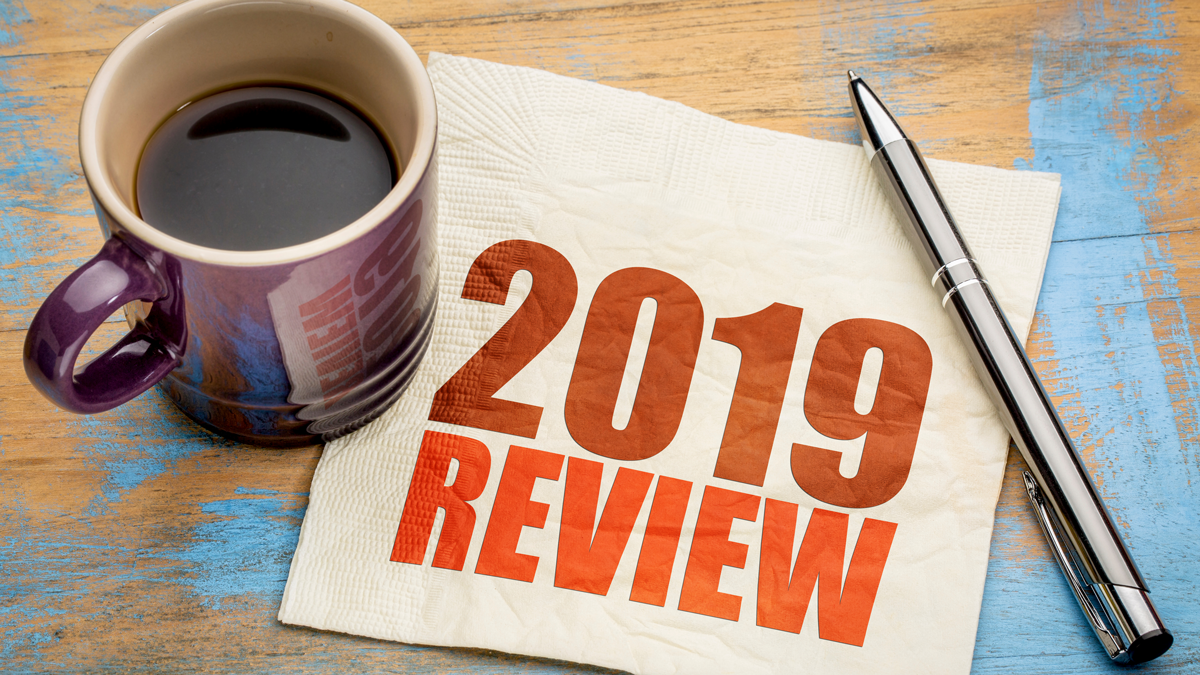 When it comes to all things real estate, 2019 was certainly a big year. As agents, we waited with bated breath to see how elections would influence our industry, we struggled through market fluctuations, tried out new technology and became more conscious than ever of the environmental impacts on our country and in turn, on our profession.

In this article, we wrap up some of the most important news from the year so you can celebrate the wins, learn from the losses and get ready for an action-packed and prosperous 2020!

Perhaps the biggest headlines of this year revolved around the ongoing saga of Homebush’s Opal Towers, and several other high-rise buildings in Mascot that were subsequently also evacuated due to structural concerns.

If you missed the news when it first broke, residents of a 36-story apartment building in the heart of Olympic Park were evacuated on Christmas Eve in 2018 due to the sound of loud ‘cracking’ heard by residents.

In reports, the building was found to have construction and material deficiencies, with many of the residents moved to temporary accommodation for upwards of several months.

Not surprisingly, values of the apartments reportedly plummeted, though experts suggested they may rise once again if the identified issues are fixed quickly and effectively and confidence can be restored.

In a one-off, one resident was fortunate to sell his apartment back to the construction company for a profit, but it will remain to be seen how other apartment owners fair in the future.

Outside of Opal Towers, many other major headlines highlighted incidents where agents throughout the country had failed to meet compliance requirements and in doing so, had broken the law.

The most notable case was that of Toop vs Harris, in which the former took the latter to court for breaches of confidential information agreements, committed by a previous Toop and current Harris employee.

In response to these compliance headlines, we penned the discussion article, ‘Why do some agents break the law?‘ and we highly recommend it as a thought-provoking read.

As we’ve mentioned previously, the real estate industry in Australia is not known for its quick adoption of new technology, and though 2019 was similar, with only gradual uptake and advancement and few leaps and bounds, the proptech niche itself did serge ahead.

Australia held its annual proptech summit, which is now growing in popularity, both for agents and real estate technology businesses. This year also saw a strong contingent of Australians head over to the USA for the annual Inman Summit — arguably the world’s best proptech conference.

Auction streaming, property management apps, listing presentation tools and of course, chat bots, had some impact on real estate businesses, and of note, as the end of the year has approached, several start ups have announced fund raising rounds.

With this recent flurry of activity, 2020 is shaping up to really be the year of property technology in Australia. Agents seem either more receptive to it, or just resigned to the fact they have to adapt or get left behind.

Investment in development is set to increase, crossover platforms (those designed for other industries and fit for real estate) are setting their sights on our space, and we  also can’t ignore the consistent stories about giants like Amazon, Facebook and Google looking at real estate and planning their entry into the industry.

Keep an eye out for big things next year!

This year was one of the most interesting when it comes to politics and real estate.

While, as every year, new regulations were introduced to attempt to keep up with technology (electronic signature for tenancy agreements, as an example), and planned amendments announced (for example, 2020 changes to real estate qualifications), the election really stole the spotlight.

As the Liberal Coalition and the Labour Party fought it out to retain or assume Government, proposed changes to negative gearing and capital gains brought the industry together, and EAC joined with other advocacy bodies, members and agents to educate consumers about what this would mean for them and the market.

With the Liberal Coalition victorious, amendments were avoided, but new initiatives for first home owners (including limited loan guarantees enabling 5% deposits) were agreed and will be rolled out at the commencement of 2020.

Fluctuation in the real estate market

If you have been in real estate for at least five years, you will be acutely aware we are currently coming off the back of a tough market, following an almost unprecedented boom.

After the downturn of 2011 that affected transactions for up to several years, the market picked up, prices increased and sales skyrocketed, to peak in 2017.

As we all know, what goes up must come down, and since that peak, the market has once again declined (economists estimate up to around 20% in some areas), and many agents have struggled to make ends meet.

In 2019, some buoyancy returned to the market, and though listings continue to be elusive, 2020 is looking more positive, with prices already rising and auction completion rates on the up.

The environment and real estate

Something few ‘year in review’ reports consider when addressing real estate, is how our environment has already affected and will affect our industry in the future.

This year, as protesters took to the streets, led by one, passionate European teenage girl, the Climate Council released a significant report, which identified the influence of climate change on real estate and predictions for what we might see decades from now.

As agents, this is definitely one report you should read, but for now, know that coastal properties may need to consider rising water levels in the future, regional areas will continue to be affected by drought and other extreme weather patterns, and commercial businesses will likely need to be subjected to much more stringent environmental management policies.

At EAC, like our members, we have also had a big year!

On a product front, after extensive research and development, we released our new Property Data and Mapping platform to excellent reviews.

We are grateful to those members who assisted us in improving and refining the platform by using our Beta release, and we look forward to seeing other agents benefit from our up-to-date data and innovative mapping interface in 2020.

This year, we also introduced a range of new real estate content series in an aim to provide more comprehensive support to our members. With experts Lisa B, Elizabeth Sargood, Dianna Terrones, our directors, and several guests, we provided valuable guidance, advice and insights into real estate and technology, business management, property management, coping with the cooling market, and most popular, mental health.

In the next 12 months, we have big plans. They will kick off with small changes, like a new and improved website with easier access to our great resources, and culminate in the release of a range of new products, for which our members will continue to receive discounts.

From our team to yours, we wish you a very relaxing break — take the chance to unwind and reset — and a New Year built on a positive outlook, better balance and many wins!